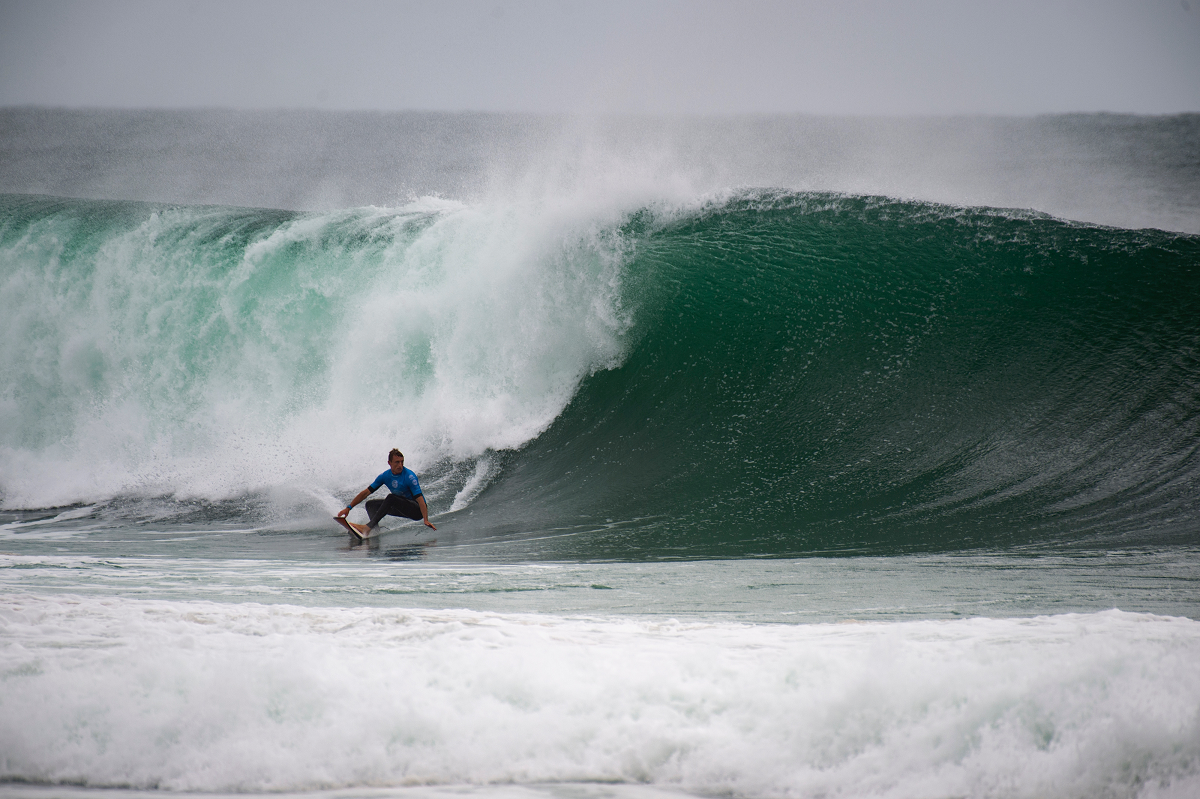 Matt definitely picked up and maintained the intensity he’s been searching for since he had his career derailed following a nasty injury performing an alley-oop at J-Bay.

There is a flair about Matt. When he takes off on a wave, you don’t know what he’s going to do but you know he’s bound to pull something out of the bag that will have your jaw hanging at your feet.

He’s done the rehab, worked hard and his hunger and drive to requalify on the Championship Tour is stronger than ever.

The Aussie leg of the Qualifying Series took place along a selection of NSW beach breaks over the last two months and it's almost as though 2014 Matt was echoing through to 2019 Matt as some sort of self-fulfilling prophecy.

Matt sprung into action at the Mothernest Great Lakes Pro at Boomerang Beach in February, dominating the heats leading up to the final against fellow Aussie surfer Cooper Chapman. Linking a chain of seriously powerful frontside and backside turns saw him roll comfortably into securing a spot in the finals. While his overall performance at Boomerang Beach was solid, Matt found his groove in the final, posting an impressive combined score of 17.00 (9.00 & 8:00) to secure his spot on top of the podium.

Following on from this win, Matt took to the water at Avoca Beach for the Vissla Central Coast Pro where he worked his way in to the final again, coming up against Aussie Connor O’Leary in the decider. Matt was looking sharp and a challenge to beat but O’Leary ended up scoring a near perfect combined score of 19.50. Matt still posted an outstanding score of 16.24 to finish runner up and was outspokenly stoked with this achievement.

“To make two finals in two weeks is a bit of a dream come true,” said Matt.

Next up on the QS was Surfest at Newcastle and the Burton Automotive Pro. Matt boosted through the rounds of this event, showing off his bag of tricks even when the waves weren’t desirable. Although he narrowly fell short in the semis, losing out the eventual winner Brazilian Alex Ribero, Matt proved he is on a tear and his competitive form remains intact.

The final event was the Vissla Sydney Surf Pro held at Manly Beach and once again Matt came through with some razor sharp turns and effortlessly finishing off impressive compilations of manoeuvres, progressing through to the semi-finals. His semi against Brazilian Jadson Andre saw him knocked out again, one round short of the final but Matt was incredibly humble in defeat.

“Congrats to Jadson Andre for all your success this year. It’s been inspirational watching your drive and hunger to win,” said Matt.

None the less, Matt’s success so far in the QS has earned him the ranking of #2, and he appears primed for qualification in the Championship Tour.

While that’s a wrap on the Aussie QS leg, Matt's form is promising, and we can’t wait to see what he’s got in store for the remainder of the series!