Kick off your rugby tour with our great rate on JP¥! 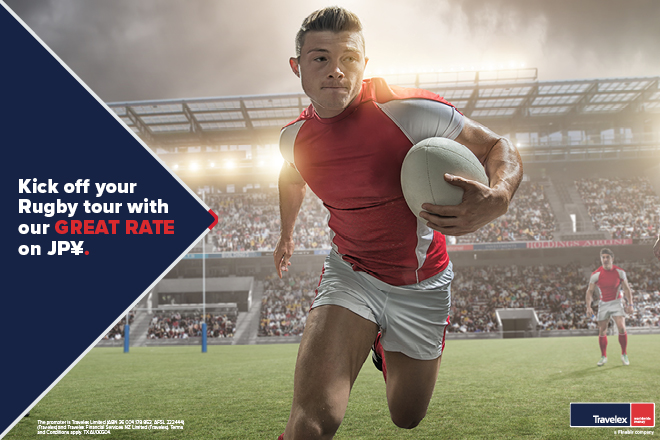 Jetting Off To Japan?

Japan is one of the fastest-growing destinations for Aussie travellers, and with the current Rugby World Cup and upcoming Olympic Games, the country is set to receive even more attention.

Surprisingly, despite it being such a high-tech country, cash is still king in Japan and we would suggest travellers take the bulk of their spending money in Japanese Yen cash.  In particular, many ATMs in Japan do not accept credit, debit and ATM cards which are issued outside of Japan.  (The main exceptions are postal ATMs, found at approximately 20,000 post offices, and 7-Bank ATMs, found at approximately 20,000 7-Eleven convenience stores.)

Thanks to our partnership with Travelex, you can order Japanese Yen cash at your local Coastline, with orders normally delivered within 48-72 hours (subject to location). Keep in mind also that if you have any unused Yen banknotes when you come back from your trip, we can convert them back into Australian Dollars for you (subject to acceptability).

No matter where you may be travelling, we generally recommend you take some local cash for arrival at your destination overseas.  With a choice of over 50 currencies available, Coastline is here to help with your travel money needs.