Local artists are invited to book a spot in Coastline's Art Hub to showcase their creative works!

Our Art Hub is located at 26 Smith Street, Kempsey in our Community Hub.

We can display your artworks for sale for a fortnightly period with ALL proceeds returned directly to you.

We have installed the same hanging system as the Macleay Valley Community Art Gallery in which all artwork will need to be ready to hang with "D" rings attached to the back of the works.

We'll promote your artworks on our social media pages too, at no cost whatsoever!

Get in touch today! Click the Apply Now button below or email hub@coastline.com.au.

Coastline reserves the right to assess each request and determine if it meets Coastline's values and vision for the Art Hub initiative. 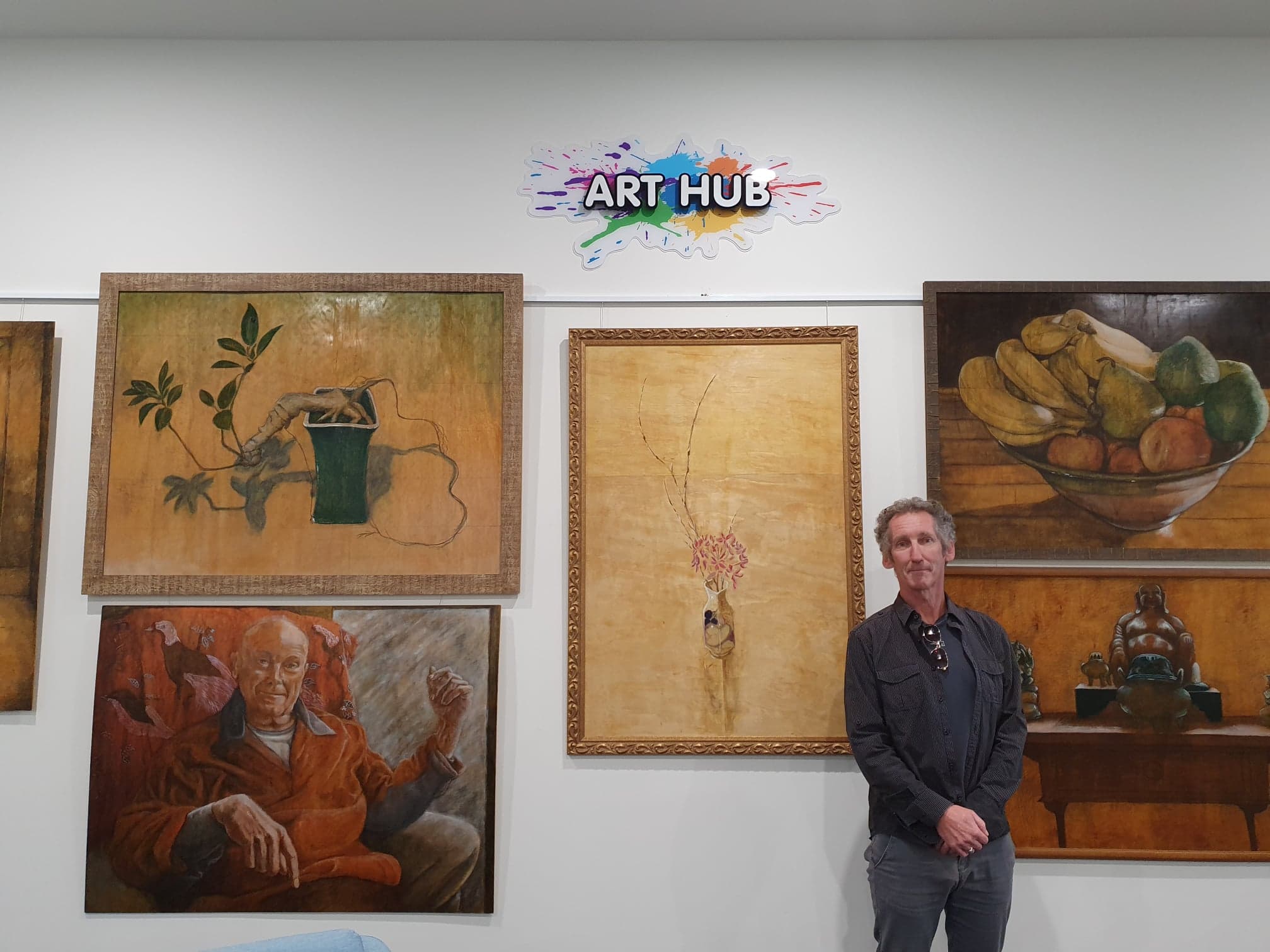 Don Gentle grew up in Rural and regional NSW, and moved to Taree in 2004 after living in Armidale for over quarter of a century.

He remembers being deeply interested in the paintings in the Encyclopedia when he was a young child but there was effectively no art education in rural Australia in the 1960/70s so drifted away from it.

Originally a “moderately good” poet but just as he started to get a career moving he suffered a multi-year case of writers block. Many years later (in his mid thirties), he began modeling for an art class when he realized he really wanted to give it a go.

Don now has a Bachelor of Arts majoring in Eng Lit and Associate Diploma in Fine Arts.

“I have been a practicing artist since 1995. Originally concentrating on portraiture and figurative work, the last decade has seen an increasing interest in still life. I work mostly in oils on wooden substrate and grounds of shellac and occasional gesso. There is no intention to hide process which includes visible construction lines and charcoal underdrawing.”

Don's Artwork can also be viewed on via this Video