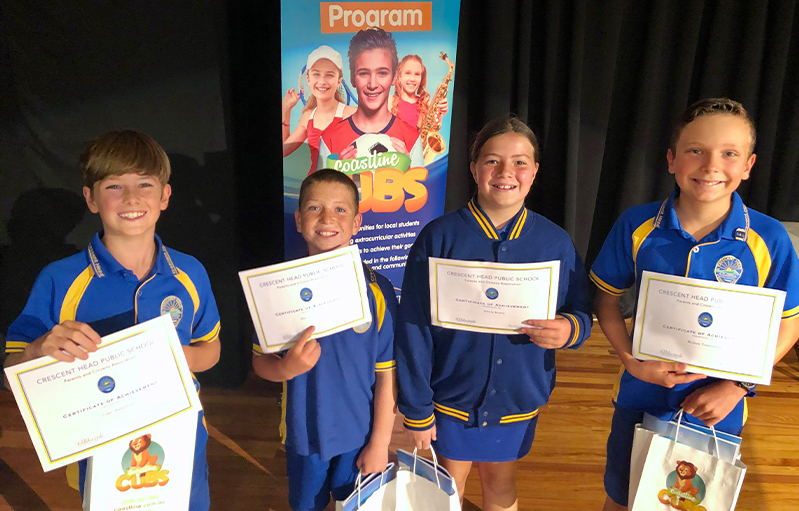 They may have different sporting pursuits from dirt bikes to rugby league but they have one thing in common - they have been awarded Coastline Credit Union Scholarships.

This year four students from the school, who excel in extra-curricular activities, have been awarded the scholarships to further their sporting pursuits.

Students had to apply for the scholarships, which were judged by former principals of the school as well as current principal Cameron Upcroft.

"We are very pleased with the generous support shown by Coastline's investment towards our initiative," Mr Upcroft said.

"Coastline is thrilled to continue our Coastline Cubs Scholarship Program with Crescent Head Public School after hearing of the success from the previous year's students and witnessing their extracurricular activities make such a positive impact in their lives and our community," Mr Townsend said.

"We know just how important education is within our society and a partnership with our schools really is an invaluable investment for us."

By developing the Coastline Cubs Scholarship program, Mr Townsend said other schools within the Macleay, Hastings and Manning Valleys would have the opportunity to apply for their assistance.

"Coastline's vision has always been centred on helping and showing tangible support to the community," he said.

The Coastline Cubs Scholarship program is made possible by its commitment to the Coastline Community Foundation, which pledges five per cent of its annual net profit to give back to the community.