Coastline’s Head of People and Culture Jenny Thorman said the idea to provide the public with life-saving defibrillators at Coastline came after a discussion regarding the location of accessible defibrillators. 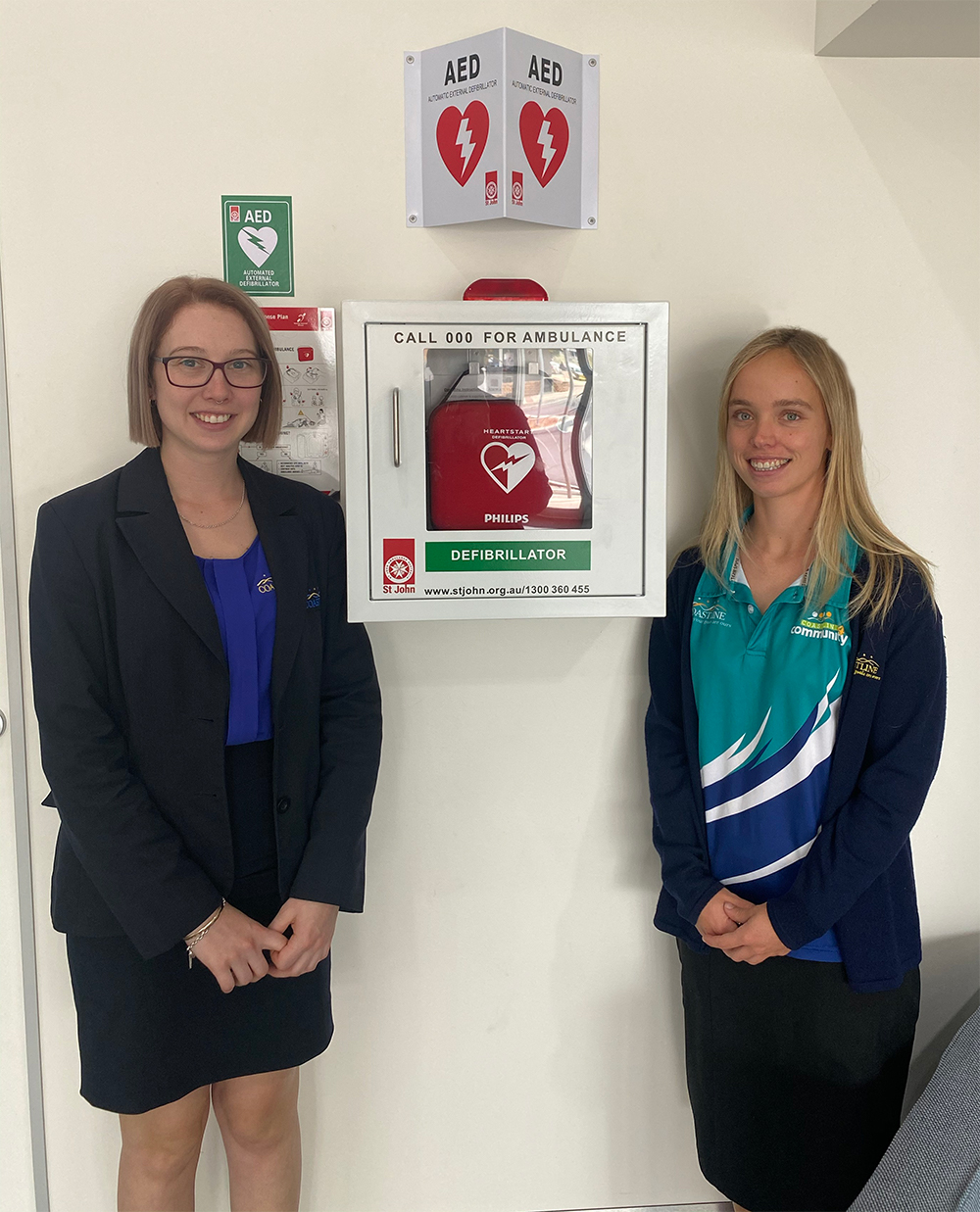 “We had recently helped St Paul’s Catholic Secondary College purchase a defibrillator, which sparked conversation around where our closest defibrillator is, if we had a customer, team member or member of the public suffer a cardiac arrest nearby one of our stores,” Mrs Thorman said.

“Our Manning Mall and Settlement City locations have defibrillators in the shopping centre, but we couldn’t seem to locate any nearby our other stores.”

The three AED’s were purchased through St John Ambulance Australia and include online training in St John’s AED Awareness course, so Coastline staff are ready to respond to an emergency situation where the use of a defibrillator is required.

“There will be internationally recognised green AED signage to communicate there is a defibrillator in our premises and the devices will be installed in accessible locations to ensure staff and members of the public can easily locate them,” Mrs Thorman said.

The AED is used in conjunction with Cardiopulmonary Resuscitation (CPR) to deliver a controlled electrical shock to a person experiencing a sudden cardiac arrest.

The Heart Foundation states about 25,000 people have a cardiac arrest out of hospital each year in Australia, with only 5% of these people surviving.

If an AED is applied within the first few minutes of a cardiac arrest, survival rates can increase from 10% to as high as 70%

An AED cannot harm the patient and will only give a shock if necessary, only shocking them if they are in cardiac arrest and has been designed to be used by anyone, with clear, calm step-by-step voice instructions that can guide members of the public through the emergency.